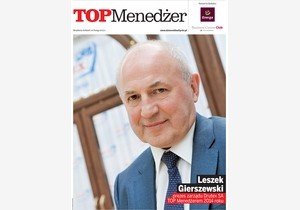 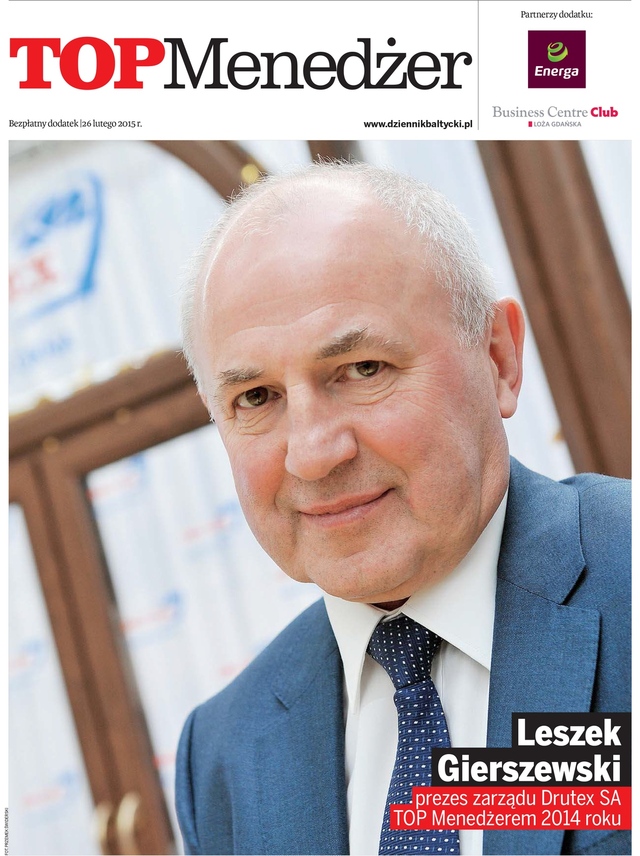 Leszek Gierszewski, the President of DRUTEX S.A., has been awarded the title of Top Manager 2014 in the annual plebiscite by "Dziennik Bałtycki” for great financial results, management style and method, innovativeness, creating employment and involvement in building a coherent company strategy.

For the 15th time Dziennik Bałtycki has organised a plebiscite for the TOP Manager in Pomerania. 29 members of the jury that includes representatives of have made the decision: the local government, Pomerania business organisations, science, media and winners of the previous editions of the competition. Ten candidates were nominated for the prestigious title, who, according to Dziennik Bałtycki, deserve the award for the most efficient company management in 2014.

– This year our jury deemed Leszek Gierszewski, the President and owner of Drutex from Bytów, as the best of the best. Opening the European Fenestration Centre (EFC) last year, our winner enhanced the excellent position of his company and confirmed the name of the biggest window producer in Europe. The winner is a man for whom nothing is impossible – said Mariusz Szmidka, the editor-in-chief of „Dziennik Bałtycki”.

Leszek Gierszewski, awarded the title ‘Top Manager 2014’, is the owner and President of a private family company which was set up in 1985, and nowadays it is the undisputed leader in the window and door woodwork industry in Poland, both as regards financial results, production potential, the workforce, the number of trade partners and product range. As a result of its production capacity that allow to produce more than 5000 windows a day, the company is also the biggest window producer in Europe. Market research conducted by Industry Analysis Centre shows that DRUTEX is the most highly assessed window brand in Poland and one of the most recognized ones in the market.

The company ambassadors are the world-class footballers: Philipp Lahm, Andrea Pirlo and Jakub Błaszczykowski, who epitomize the brand values: reliability, fair-play, precision and speed. The cooperation with the footballers confirms that Drutex is the choice of champions.

„The Title of the Top Manager of the year constitutes huge honour and prestige. It also represents a great commitment to work even more efficiently and to develop more dynamically. I am convinced that the team that I have managed to build in those 30 years will support me in the realization of other plans. The prestigious title is the result of common teamwork. The strength lies in people. And I am always saying that I have been lucky with people, which is reflected in Drutex position on the market - says Leszek Gierszewski, the President of DRUTEX S.A.

The formal gala when the statuettes will be awarded takes place in May 2015 in Gdansk.